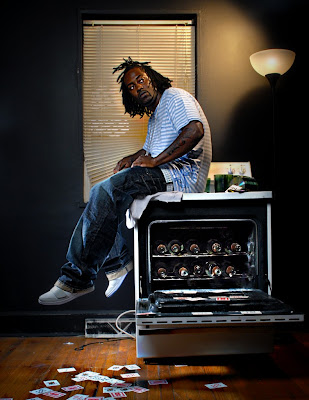 Coming out of Columbia, SC, Boss G is one of those artist that has one of the heaviest buzzes I’ve seen from an independent South Carolina artist in a minute. Last Thursday he called into the show as the night’s featured artist to chop it up about his grind in the game and more.

During the interview Boss G talks about why he decided to take his hustle from the streets and into the booth, how he has grown his buzz over the past 6 months, the history of his beef with Def Jam artist Lil Ru and why it didn’t get squashed even after a sit down with DJ Blaze, the extremely stiff competition with his two 2010 South Carolina Music Awards nominations (sidebar: Boss G is up for Male Hip Hop Artist Of The Year and Single Of The Year for ‘Stove On’), the importance of great relationships in the industry and to do an exclusive premiere of his new single ‘Hobby.’

Boss G also has mixtapes dropping soon with both Pill and Alley Boy of Atlanta’s Duct Tape Entertainment, a mixtape with DJ Scream coming in July and also a project out right now with Charlamange and DJ Frosty, The World Is Ours, Now We Want Mars. Suffice it to say Boss G is not playing in The ’10.
Boss G Interview:
A very special shoutout to Tasha of Black Star PR for making the interview possible. Thank You!
This entry was posted in Uncategorized. Bookmark the permalink.