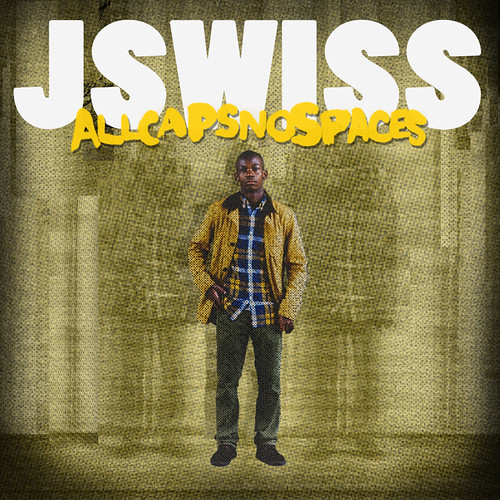 “Deja Vu” will appear on JSWISS’s new EP ALLCAPSNOSPACES, which will be released on January 13. The UNC-Chapel Hill graduate’s EP is coming out on Soulspazm records and is available for pre-order on iTunes now.

“Deja Vu” is produced by J57 of the Brown Bag Allstars. This track is jammin’. The electric bass on “Deja Vu” is played by Carter Lee of the hip hop/ jazz band Tiger Speak.

In other JSWISS news, this Thursday, January 8 the emcee will be the subject of an hour-long live performance and interview on “B-Side”, the Brooklyn Independent Media channel. JSWISS will be performing with a live band during the event and will also be interviewed by Brooklyn Hip Hop Festival founder Wes Jackson in between songs.

Initially the show is only viewable on the channel at 8 p.m. EST to Brooklyn, NY residents. If you’re in the area you can be a part of the studio audience for FREE. For everyone else, the entire episode will be available for viewing online a couple of days after the event.

The show will be shot at the Brooklyn Independent Media studio, 647 Fulton Street in Brooklyn, NY. Doors open at 7:30 p.m.

This entry was posted in Music and tagged Chapel Hill, J57, JSWISS. Bookmark the permalink.