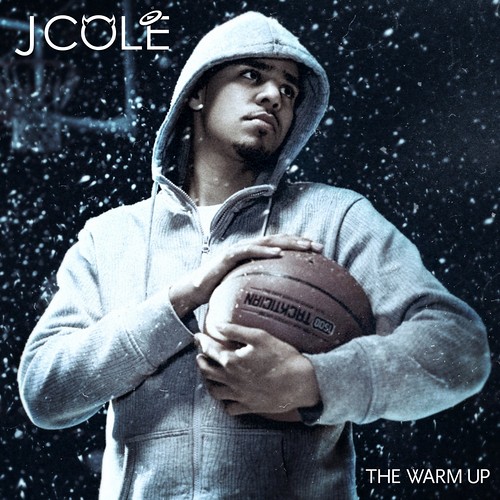 In July 2009, J. Cole’s star was beginning to rise. Right at the beginning of that month, he released The Warm Up Volume I mixtape. As part of the campaign, J. Cole came home to North Carolina and hosted listening parties in some cities. He also hit the streets of North Carolina and hand distributed 5000 mixtapes across the state, using one of Master P’s old school, out of the truck, guerrilla marketing tactics.

During the same time, I was hosting The Nanci O Radio Show every Saturday night on Hot 104.9 Fayetteville. I’d been trying to get in contact with his manager Ibrahim to set up an interview, without success.  At that time Randy Roper was Music Editor of Ozone Magazine. Randy and I spoke weekly as part of our Where Is Hip Hop? podcast segment. One evening Randy and I were talking, and he mentioned that he’d interviewed Cole that day for a major Ozone feature, and asked me if I wanted to have him on the radio show as well. Randy made the connection with Ibrahim for me and the result is history and this interview.

During our conversation in 2009, J. Cole talked about how he deals with the pressures of living up to the Jay-Z co-sign hype (sidebar: y’all remember when Jay-Z was president of Def Jam 2004-2008? During those years not many album besides his were released during those years). J. Cole also spoke about growing up in Fayetteville, the classic Fayetteville hip hop group Bomb Shelter, being a youngin’ and wanting to work with NC hip hop legend producer Nervous Wreck. J. Cole also touched Fayetteville’s political climate, how he plans to make his mark in the industry, being a producer / emcee and so much more.