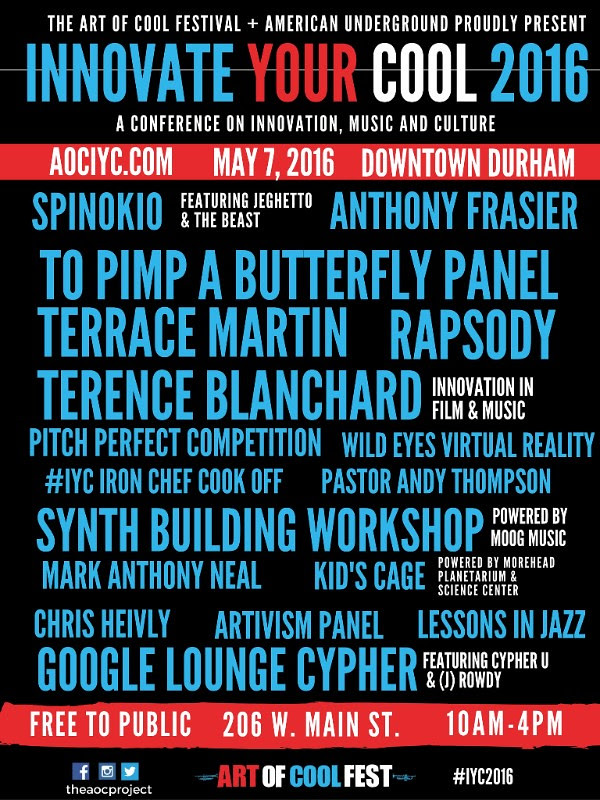 #IYC focuses on innovation, music, culture, tech and more. This year’s event will include a round table with Rapsody and Terrance Martin on the creative process behind Kendrick Lamar’s To Pimp A Butterfly, a Moog Music-sponsored synth building workshop, Jeghetto’s afro futuristic hip hopera 5P1N0K10, a Google Lounge performance by Cypher U and J. Rowdy [READ: The NC State Cypher: An Important Part of North Carolina Hip Hop Culture & History] plus so much more.

Innovate Your Cool was my favorite part of 2015’s Art of Cool Music festival. The music shows were awesome but it was dope to take a break from the concerts. Y’all can check out my recap video of last year’s top coolest festival features below.

This entry was posted in Events, Technology, The Local Buzz and tagged Art of Cool Project, Durham, Rapsody. Bookmark the permalink.