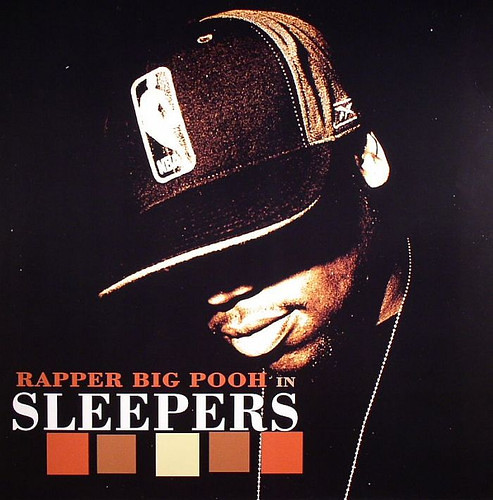 The bulk of the production on Sleepers was handled by 9th Wonder. Khrysis created five tracks, with Nicolay (one half of Foreign Exchange) and Big Dho (“The Jungle“) contributing one placement each. There were quite a few features on the album, including one with Phonte (“Every Block“), which surprisingly was my least favorite cut on the entire project.

Sleepers was my opportunity to really “hear” Rapper Big Pooh for the first time. On The Listening, his lyrics and flow didn’t captivate my attention. Phonte’s style was very commanding and stood out so much that I didn’t pay Rapper Big Pooh any mind. It wasn’t until I listened to Sleepers that I was like “oh sh*t, he can really rap”.  At that point I became more of a fan and went back to check out The Listening with a different and deeper perspective. After that experience it also gave me an even greater appreciation for what he, Phonte and 9th Wonder created on their debut album.

In June 2012, Rapper Big Pooh released Sleepers: The Narcoleptic Outtakes EP. The project is an eight track collection of songs that did not make it onto the original album.

Just five days ago on February 3rd, Rapper Big Pooh announced his latest endeavor. He’s teaming up with producer Apollo Brown to release a collaborative project, Words Paint Pictures. “Stop” is the first release and addresses police brutality and racial profiling in America. The EP will be released via Mello Music Group on March 24, 2015.