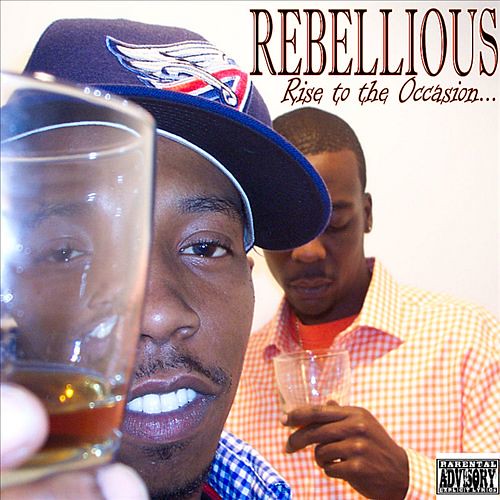 Rise To The Occasion was Rebellious’ debut album, which came out on their label Southern Groove Entertainment. The group is comprised of two members, Shawt & G. The duo hails from Edgefield, South Carolina.

The majority of the production on Rise To The Occasion was handled by Blackest Beatz, G’s producer alter ego.  One exception is “This Is How We Live”, the lead track on the album, which was produced by Yobo 720. The other is “Addicted (I Love You)”, produced by Mysterious.

Exactly one year after Rise To The Occasion came out, Rebellious dropped an updated version titled Rise To The Occasion: The Carolina Blueprint. The new version had the power of Randy Roper’s team, Million Dollar Dreamz behind it. Several of the songs that were on the original album also appeared on The Carolina Blueprint. Some of the song titles were slightly changed , i.e. from “How We Live” to “This Is How We Live”, but the music remained the same.

Two years after the release of Rise To The Occasion, Rebellious dropped The Carolina Blueprint II: 93 Octane, a mixtape that was the second installment in their “Carolina Blueprint” serious. The project was also scored by Million Dollar Dreamz’ Sam King.

Ryder Music is Shawt & G’s most recent album. It was released in January 2014. Since that time, Shawt & G has gone on to open XRO Studios in Trenton, South Carolina. Their studio offers photography, videography and other multi-media services.

All three of Rebllious’ projects are quality releases and worth checking out. Below is the Sam King-scored version of “How We Live”.