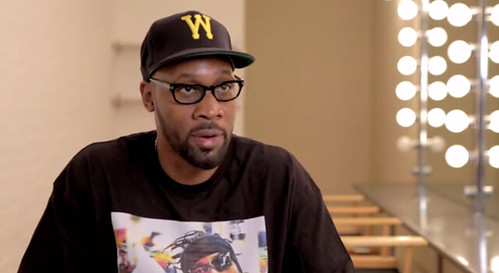 Hip Hop legend RZA recently teamed up with PETA (People for the Ethical Treatment of Animals) for a short conversation on being vegan and living a conscious, healthy lifestyle.

In the video RZA talks about the impact of meat in our bodies and also touches on the meat industry’s practices for processing animals. He mentioned that hip hop culture today seems to be more aware of their diets and references that it may have began with  “Beef”, a 1990 track by KRS-One that appeared on Edutainment. In the track, KRS breaks down the process of how cows are made into ground beef and steaks, including the animal cruelty and potential uncleanliness that’s involved.

RZA’s “A Better Tomorrow” promo with PETA coincides with the release of Wu Tang Clan’s new album A Better Tomorrow. Outside of the marketing ploy, I’m glad to see more hip hop artists speaking on the benefits of being vegan. It gives me a chance to learn more about the lifestyle.

Y’all can watch RZA’s “A Better Tomorrow” PETA ad after the jump!

This entry was posted in Healthcare and tagged RZA, Vegan. Bookmark the permalink.